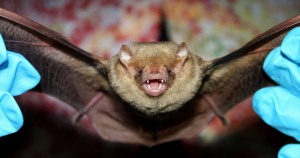 Bat Maternity Season Starts in April and Illegal to block bats from roosts from April to August, so act now if you have a bat problem. Contact Quick Catch for our Bat Removal & Proofing Services.

Bat maternity season begins April 15 and runs through Aug. 15, and during this time it’s illegal to block bats from their roost.

“This is a critical time of year for bats, when they give birth and raise their young,” said Terry Doonan, a Florida Fish and Wildlife Conservation Commission biologist and mammal conservation coordinator. “If bats are excluded from a building before their young can fly, they can become trapped inside and die.”

Florida is home to 13 resident bat species, including listed species such as the Florida bonneted bat.

In Florida, there are 13 native bat species, and 7 “accidental” species that only have a few records of occurrence in the northern or southern extremes of the state (Marks and Marks 2006). Bats are ecologically and economically beneficial. They serve critical roles worldwide as insect pest controllers, pollinators, seed-dispersers and fertilizers. Learn more about bats at the FWC Bat Species Profile.