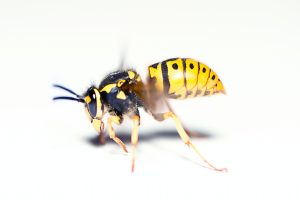 A stinging insect infestation in or near your home is more than just a nuisance. A sting from a bee, wasp or
hornet can be very painful, and for those with severe allergies to insect venom, the consequences can be
downright serious. Our team is able to remove stinging insect nests safely and effectively using industrystandard swarm trapping and removal methods.

Bees, wasps and hornets all belong to the same order of insects, but they are different from each other in both appearance and behavior.

Bees feed on pollen and nectar, and therefore play a crucial role in pollination. They are generally solitary, living in nests under the ground, but honeybees and bumblebees live in communal hives with a complex social structure. Their bodies are stout and hairy-looking with relatively thick legs. While they are not aggressive, they can sting when threatened, but it does cause them to lose the stinger.

Wasps are generally social and live in colonies, unlike most bees. Some colonies (and most solitary wasps) nest either above or below the ground, while some build complex paper-like structures which they attach to trees or under the eaves of houses. Their bodies are narrow with skinny abdomens, and they are hairless. They are able to sting multiple times.

Hornets are actually a type of wasp. Hornets are technically not native to North America, but were accidentally introduced to eastern North America about the middle of the 19th century. 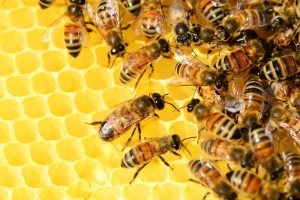 Common types of bees in Florida

Common types of wasps and hornets in Florida

Quick Catch will use one of three methods to remove or contain a nuisance colony or swarm.

Swarm trapping catches and contains a swarm before it has a chance to move into an area that would be difficult to access once the insects move in. This is a preventive measure that involves strategically setting traps to lure them away from potentially problematic nesting areas.

Swarm removal involves luring a swarm (being careful to include the queen) into a hive box for relocation.

Colony removal is necessary when a colony is well-established, especially if they have built into an area where they simply can’t be allowed to remain, such as a in building or near a playground. For this method, the colony nesting site must be located, and all the contents removed from the cavity to prevent any further pests from being attracted to the area. Often, the area must be resealed or repaired once the colony is gone.

How long will it take to remove bees, wasps, hornets?

Depending on the size of the colony, bees can take about two or three days or maybe a bit longer to fully die off. Because of this, we recommend that our clients allow seven days after treatment before they can expect to stop seeing bees flying back and forth from the area.

For wasps and hornets, expect to see activity near the nest area for the next one to three days. If you continue to see wasps or hornets after this time, it most likely is a new group of insects coming to build a new nest or colony. If this appears to be happening, Quick Catch can assist you in finding ways to prevent this new population from taking up residence in your area. 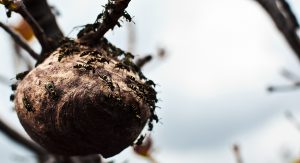 How do you detect a bee, wasp, hornet problem?

While it’s common to see flying insects in our daily lives, especially here in Florida, there are are few ways to know if bees, wasps or hornets are becoming a problem that requires professional help. Here are a few signs to look for.

If you are having an issue with a bees, wasps, hornets, wild animal, animal infestation or need repair or an estimate on intrusion prevention services, Call 904-859-6585 to speak to a Quick Catch representative, or Contact Quick Catch to get your problem resolved.